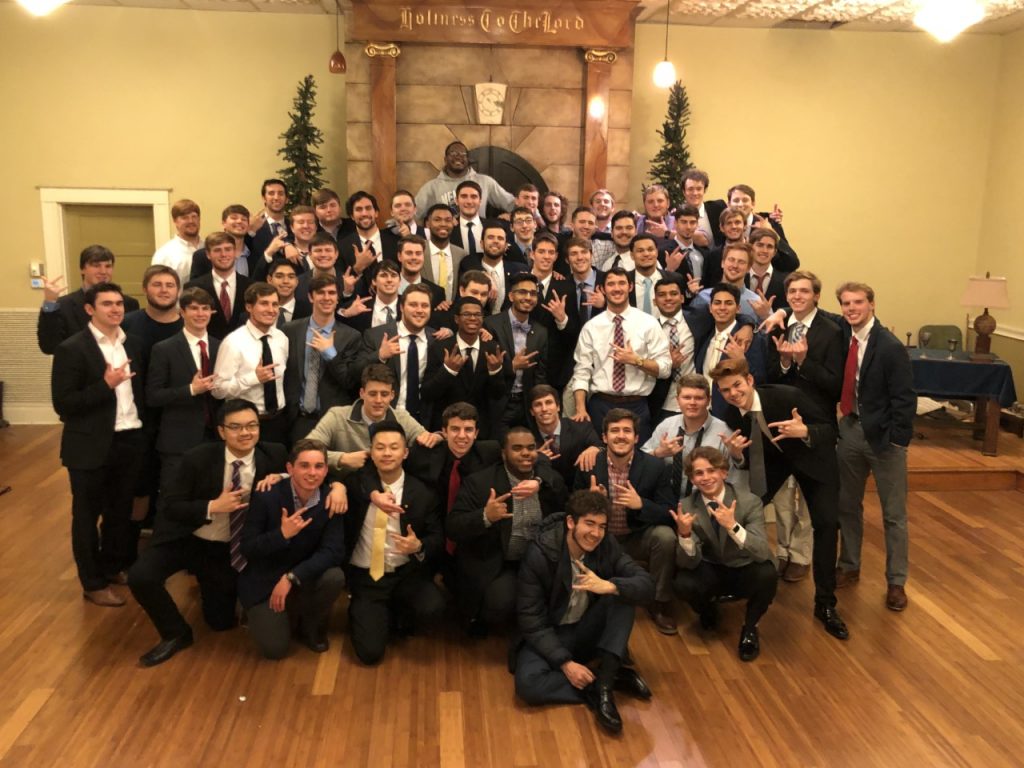 Every Man a Man

In 1972, Lambda Chi Alpha was the first fraternity to abolish pledgeship and replaced it with Associate Membership. Lambda Chi Alpha believes in the value of every human being. This is reflected in our open motto, Vir Quisque Vir, translated means Every Man a Man. Associate Membership grants new members full rights of membership, including the right to vote and hold office. We believe that the Associate Member program creates a sense of equality amongst its members, which allows all our brothers to become better men.

The Early years
With their success, the men of Delta Sigma Chi decided to affiliate with a national fraternity and through the efforts of Lew Callow (T16) Delta Sigma Chi was installed as a colony of Lambda Chi Alpha on May 22, 1948 by Epsilon Chi Zeta at Mississippi State
Phoenix Chapter
In 1960 our chapter fell on hard times. Only through the efforts of the Fearless Thirteen was the chapter saved. Doc Dirghalli (a past Grand High Alpha) led the group back to stability. Because of this, our chapter became known as the Phoenix Chapter.
First House
In January 1961 we moved into our first chapter house on Mynders. Later, an additional house was purchased on Midland.This remained our homes until 1971 when we moved into our second chapter house at 621 Normal.
The Future
In 2002 we came back to the U of M campus with a new colony of men, who are now leading the fraternity back to a rapid recovery. It is with this fresh pioneering spirit that Zeta Theta Zeta continues to excel.

Latest from the blog